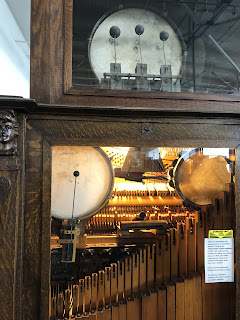 Musée Mécanique is a fun, historic arcade located on Fisherman's Wharf.  There are hundreds of old-fashioned penny arcade games, music boxes, player pianos, moving dioramas, zoetropes, pinball machines, fortune tellers and much more. It is a fascinating and entertaining collection mostly from the 20th century.

Most of the exhibits cost a quarter and there are change machines.  There are miniature saloons with dancing figures; a moving carnival with a ferris wheel; several displays of animated executions (guillotine and hangings), a moving lumberyard with logs shooting down a flume; a moving display of an oil rig and other curiosities.  Every machine we tried worked!  It must be a real challenge to keep so many, very old machines in service.

There are several interesting examples of animation that pre-date film, such as zoetrope machines.  There are also stereoscopes with pictures of old San Francisco.  Especially interesting is one of the city after the earthquake.

I've never seen a collection like this and it is well worth a few dollars and several hours to explore. 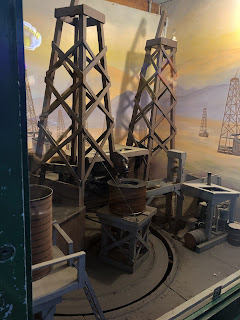 A moving diorama of an oil rig 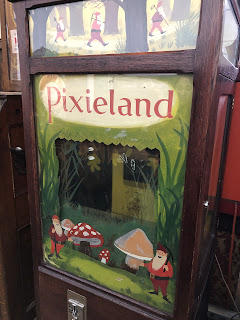 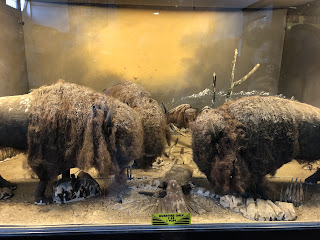