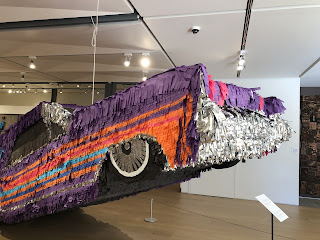 This is a piñata the size of a car!  It is one of the many stunning displays of piñata wizardry on exhibition at the Mingei International Museum in Balboa Park.  There were small piñatas, gigantic piñatas, political piñatas and a few traditional.  There was also beautiful artwork done with piñata materials.  It is an excellent show.

I was especially impressed with the artistry of Roberto Benavidez, who crafted amazing re-creations of some of the animals depicted in Hieronymus Bosch’s famous triptych.  The level of skill was amazing and I thought it was a very clever take on the traditional animal form of the piñata.

Admission is $14 for adults.  Children are free.  Although some of the piñatas deal with political themes, there isn’t anything too inappropriate for children.

Afterward, I had lunch at the Artifact Cafe in the lobby.  It is a fine restaurant.  I made a reservation, fortunately, because it was packed.  I had the lamb kibbeh and a nice tapioca pudding with pineapple for dessert. 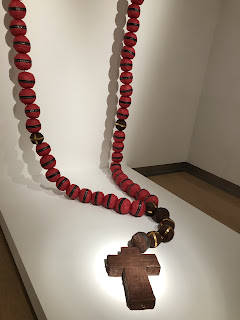 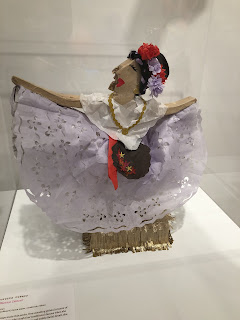 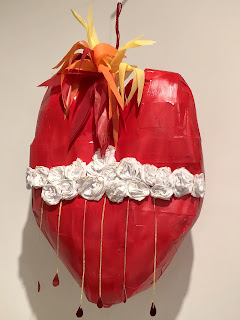 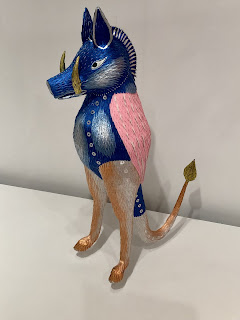 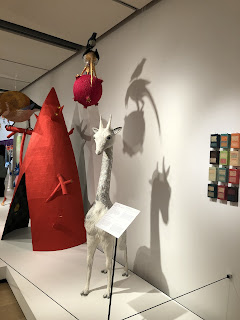 Look for these creatures in Bosch’s painting of Eden