“The Smallest Show on Earth: Paper Theaters” at the La Jolla Historical Society

There is a new exhibit at the La Jolla Historical Society  It is a large display of tiny theaters.  This was a new art form for me.  During the Victorian era, theaters made printed posters with a drawing of the theater,  characters and staging of the latest play.  The idea was that people could take them home, cut the poster and build a small cardboard theater.  The characters could be mounted on sticks and then the play enacted at home.  There were even condensed scripts for some.  The exhibit presents about fifty of these tiny theaters.  They are enchanting!  Most are 18” tall or smaller.  It must have been so much fun to be a child and receive one of these.

The exhibit also includes modern versions that explore the miniature theater as an art form.  There are some short films that show the theaters in action.  Also, an interesting work of modern animation using a theater.  I especially enjoyed a modern paper theater that was meant to bring some Hawaiian folk stories to life.

There is an area for anyone to try making a thaumatrope and the docent gave a sheet to create a paper theater at home of Frankenstein’s monster.

This is a free exhibit.  It is in the Wisteria Cottage on Prospect Street. 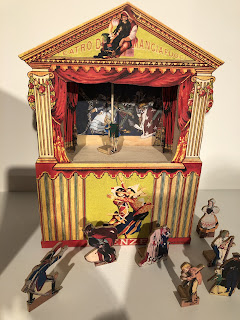 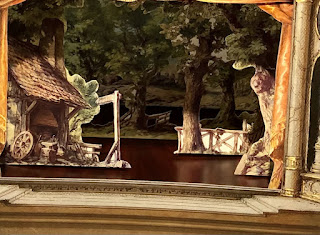 There are tiny stage pieces 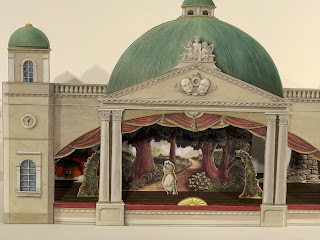 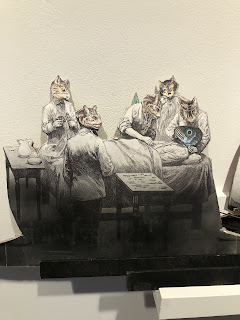 From a modern take on the paper theater 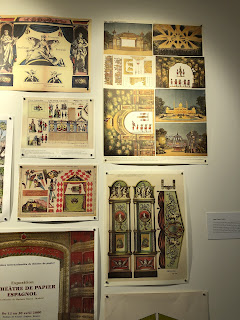 Examples of the original posters that were given out