We have enjoyed several of the special programs at the San Diego Safari Park.  Our latest experience was the "Wildlife Safari".  This experience is an open truck that takes you into the South African savannah enclosure.  This tour leaves from the area near the carousel.  (It is confusing, because there are cart safaris and other experience that leave from the lower part of the park near the Cheetah Run).

The first stop was close to the Rhino Rescue Center.  There are several adult rhinos and some juveniles, which are part of the Species Survival Plan of the Southern White Rhino.  The hope is also that these animals can assist in saving the Northern Black Rhino, which is now functionally extinct.  Rhinos are amazing animals!  One of the young rhinos was determined to make one of the older rhinos get up from its nap.  It actually gave the adult a poke!

In the Savannah enclosure we had great close-up views of giraffes, eland, sable antelopes, Uganda kob and Cape Buffalo.  The baby giraffes came very close to the truck and seemed overtaken with curiosity.  We also saw oryx and other animals at a distance.  There were several baby sable antelope.  Very cute!

It was very fun!  Our group was about twelve people and so we got to ask the guide all the questions we wanted.

It is a great experience for anyone who wants to take outstanding wildlife photos or learn more about the Park and the animals.  It is an extra cost in addition to general admission.  It was $89 per person for one hour.  There is also a 90-minute option. 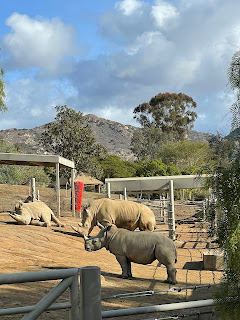 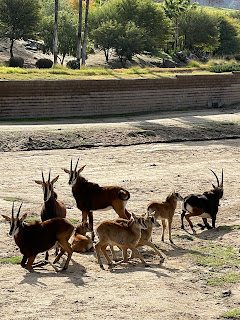 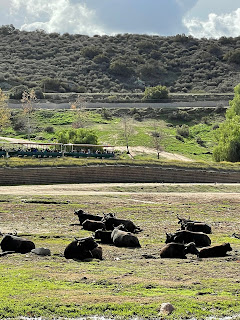 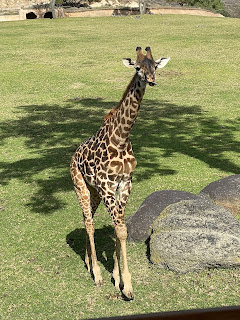