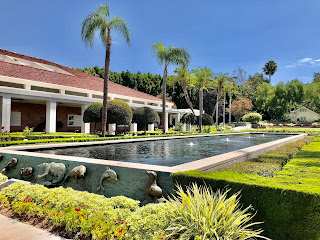 The Richard Nixon Presidential Library & Museum offers a dive into a pivotal time in American history.  The exhibits focus on the most important issues of Nixon's Presidency.  Vietnam, civil rights, environmentalism, the missions to space, the opening of China, Middle East tensions and more.  It doesn't shy away from Watergate, either.

The exhibits are great with many points of interaction, such as video of Nixon's inauguration and major speeches.  There is replica of the Oval Office, as well.  The docents are very nice and enthusiastic.  There are also lighter aspects, such as White House weddings, which included Nixon's daughter.  There is an exhibit on challenging relationships between the Presidents, such as the fraught relationship between Adams and Jefferson; Roosevelt and Taft; and other combinations.

The grounds include Nixon's birthplace.  A modest, but nice home, built by Nixon's father.  It reminded me of Eisenhower's boyhood home in Denton, Texas.  There is a beautiful rose garden with the graves of the Nixon's.  The reflecting pool and fountains are a tribute to Nixon's work in environmentalism.

It is a must-see for anyone interested in American history.  I think Nixon's most positive legacy is his record on the environment, which included the formation of the EPA, addition of 642 new parks and authorizing the Endangered Species Act. 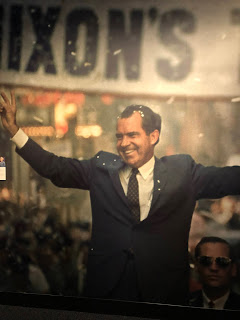 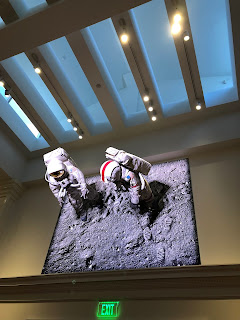 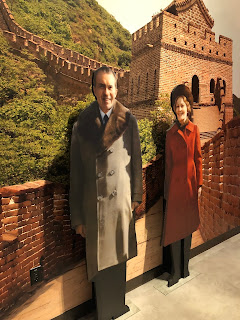 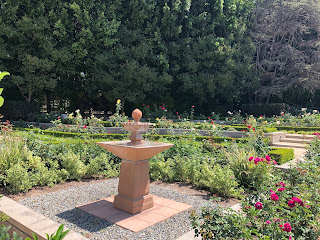 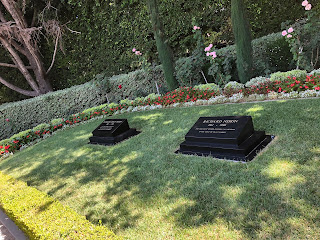