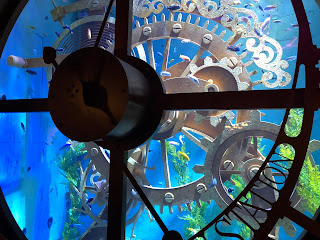 Union Station is an entertainment complex near the Arch in St. Louis.  It has an aquarium, large koi pond, Ferris Wheel, restaurants, hotel, a ropes course, a playground for children, a mirror funhouse (just like in the scary movie, "Us") and more.

We went early in the morning to see the aquarium.  The Wheel was already running and there were families feeding the fish in the giant koi pond.  The aquarium is small, but is well designed with underwater otter viewing, a multiple level shark canyon, exhibits of local fish, a ray touch tanks, water activities for children and lots of other fun things.  One of the notable residents is a blue lobster gifted by a Massachusetts restaurant in honor of the Stanley Cup victory (over Boston!) by the Blues.  He was hiding, because his tank was being cleaned while we were there and he was sulking  in his den.

The Ropes course looked challenging and we saw adults working their way through.  It is a fun area and I wished we had come later in the day when the restaurants were open. 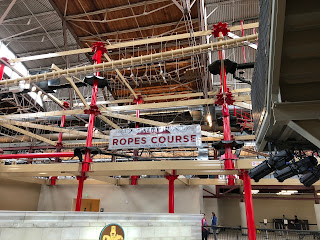 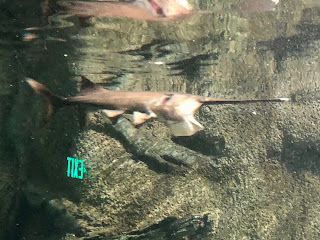 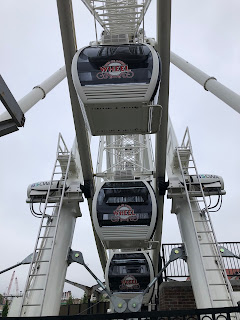