A Long Weekend in Yosemite, Day 2

We went to Yosemite in early May.  We were really fortunate because, while one road was closed due to snow, another had just opened.  We drove to Glacier Point, w  hich is famous for its views of the Merced River, the Yosemite Valley, Yosemite Falls and Half Dome.  There is ample parking.

We took two short hikes.  The first to Sentinel Dome was a bit rocky and steeper than I would have liked.  My friends went on to climb the Dome, while I relaxed on a flat rock.  A trail to Taft Point leads from the same parking area.  This was a fun hike!  There were snow patches and several streams, but it was very manageable.  It was beautifully shaded until the end.  There were the most beautiful vivid green mosses running up the trees.  It didn't seem real.

Because of COVID, the YART system and the transit system within the Park were not running.  I would have preferred to leave the car and use their transportation system.  There were times it was a struggle to find parking.

After a busy day, we were happy to return to our rented house in the Park. 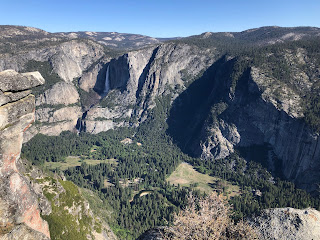 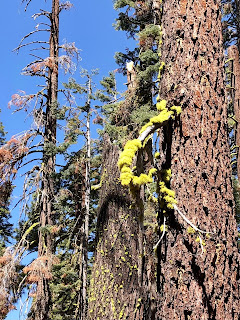 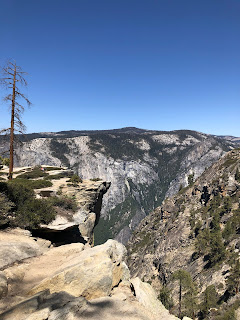 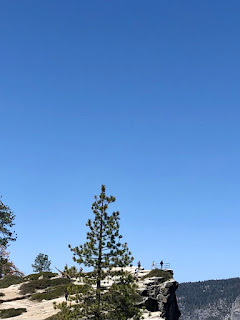