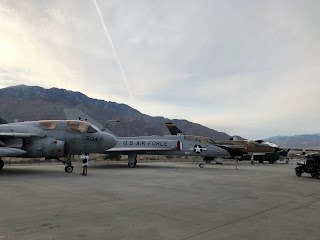 The Palm Springs Air Museum offers a great collection of airplanes and a record of 20th century military history.  The focus is on the aircraft - Air Force, Navy and Marine Corps - used in WWII, the Korean War and Vietnam War.  Just as much attention is paid to the interesting stories of the people who flew and those who helped keep these planes up in the air.  So many of the stories are people who came from very humble beginnings to achieve excellence during their military service.

The planes and helicopters steal the show, but there are lots and lots of artifacts, films, maps, photographs, uniforms and more.  There are also examples of RAF aviation as some information about the planes and personalities of the Axis powers.

Palm Springs is a beautiful setting for the outdoor collection.  The museum also includes a tribute to the history of the Palm Springs Airport which served a the home 21st Ferrying Command of the Air Corps during WWII. 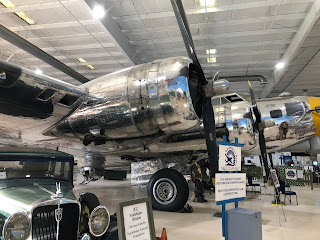 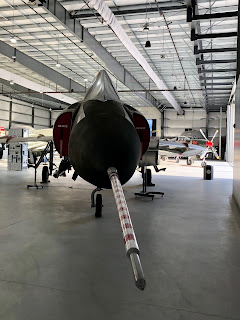