Since returning to California, I've been working my way up the Mission Trail.  El Camino Real was a path linking the twenty-one missions founded by the Spanish beginning in 1634.  (The first mission is in present-day Mexico).  In the United States, it is six hundred miles long beginning in San Diego and ending north of San Francisco.  Most of it is Highway 101.

I've seen the missions of San Diego, Oceanside, San Juan Capistrano and now the mission of Ventura and Santa Barbara.

I find the history of the missions in early California fascinating.  The mission system upended indigenous ways of life.  It's sad to imagine the arrival of missionaries intent on "fixing" the native peoples.  The missions are charming, but certainly mark the deterioration in the culture of many groups.  Fortunately, many indigenous peoples continue to thrive in California.  All the casinos in California are on tribal lands and provide income and jobs. 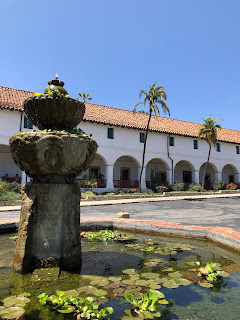 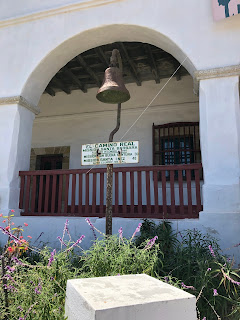 Mission San Buenaventura in the downtown of Ventura: 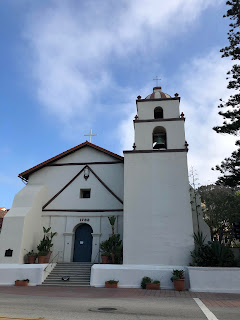