A few of the major sights of London

The holidays are crazy busy in London.  Everything was mobbed.  We went to Westminster Abbey in the afternoon and found that the wait was two hours.  You can buy online timed tickets, but you still have to wait in a long queue for a bag check.  We returned the next day at 8:50 AM for a 9:30 AM opening.  Fortunately, they started checking bags much earlier, so we walked through bag check, waited in line and were in the Abbey around 9:35.  Photography is not allowed in the Abbey.  There was a good audio guide that leads you around this large and complex building.  The most interesting part is the memorials to the many remarkable British people buried there from kings, queens, politicians, scientists, poets, musicians and writers.  The Bronte sisters are buried there; Edward Elgar; Winston Churchill; Charles Darwin; Isaac Newton; T.S. Eliot; so many.  My favorite part was the tomb of Mary, Queen of Scots, built by her son.  It is larger and more magnificent than her cousin's, Elizabeth I, who is entombed nearby.  The coronation chair is there, in use since 1297.  The wait was worth it! 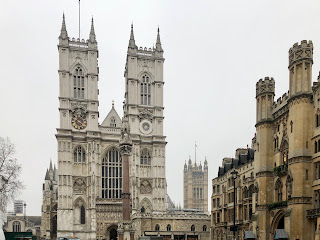 The line to get into St. Paul's was also two hours.  It was 3 PM when we arrived and it closed at 4 PM, so we just walked around the building. It is stunning. 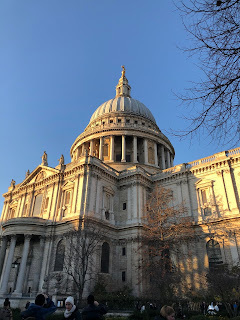 We also went to the British Museum, which as absolutely mobbed.  I saw the back of the Rosetta Stone!

We had a much better time at the Tower of London.  The crowd was more manageable, in part, because the Tower is almost a little city with many buildings and open squares.  There was a huge line to see the Crown Jewels, so we just wandered around the Tower instead.  There were interesting exhibits about the imprisonment of Sir Walter Raleigh, the Royal menagerie, and the service of the Royal Fusiliers. 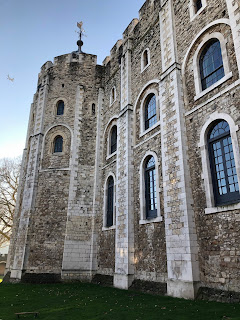 I didn't take as many pictures as I normally would, because it was cold, while we were there.  I got tired of taking off my gloves, getting out my phone, then putting my gloves back on.  Also, most places were so crowded.  Apparently, the time around Christmas and New Year's is London's peak tourist season. 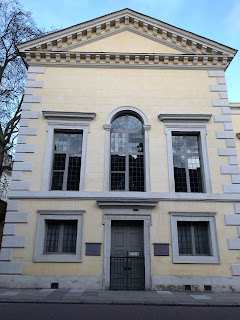 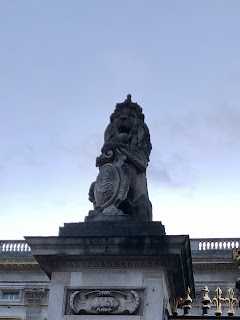 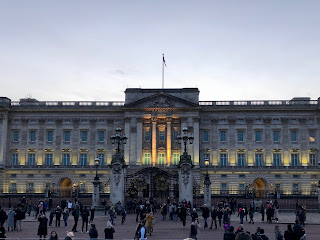