This rock is just north of the Children's Pool in La Jolla.  To the left are seals, which pup on the beach at the Pool in the spring, amid great controversy.  (They close that beach during pup season and some people don't like it.)  The right side of the rock has a large group of cormorants.  They don't cause controversy - that I', aware of.

I saw this osprey at the end of Scripps Pier.  The Pier is only open to the public as part of a part at the Birch Aquarium.  The Pier is used for research by the Scripps Institution of Oceanography.  The osprey seemed very accustomed to people. 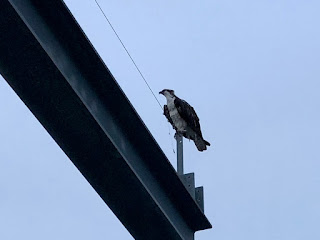 This is walking back along the pier.  There are several species of gulls and they carefully space themselves out so as not to be too close to one another. 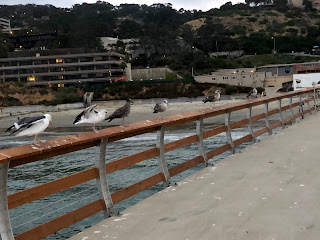 Late in the evening, I walk on a golf course inland.  I see a lot of nice birds and they seem surprised to see me:


These are pictures of the same bird.  I think it is a sharp-shinned hawk. 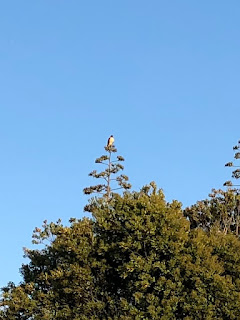 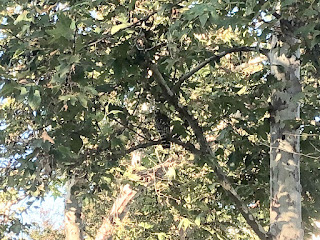 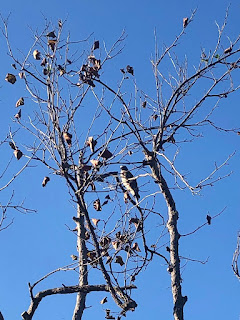 There is a small pond in Rancho Bernardo called Webb Lake Park.  I saw this green heron: 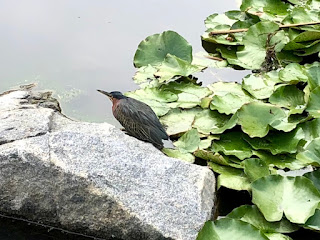