Kismet is Middle Eastern inspired, but very California in its vegetable-forward style.  Unusually, it seems to be open almost all the time.  We came for an early dinner.  We started with rose lemonades and had the chicken pie appetizers.  These are similar to Greek tiropites, but with lemon-marinated chicken as a filling instead of cheese.

For our entrees, my friend had spicy carrots with chick peas in a almond broth.  This was a very tasty and interesting dish.   I had sunchokes with radicchio, lamb pancetta and dates.  It was good, but a little too salty.

I thought they could have been a little bit more generous with the portions.  Certainly, without an appetizer, I think an average person would be left hungry.  The menu is very interesting with things like mushrooms with yuzu cream or freekh fritters, which were among the intriguing offerings.  However, it is a limited menu, so it is a good idea to look it over first to make sure there is something that sounds appealing.

The decor is minimalist and has more of a Scandinavian vibe.  It is in an interesting area, but it is a bit sketchy nearby with a strip club at the end of the block, a large construction site and a Goodwill store. 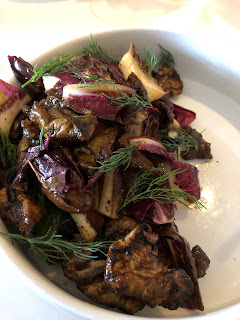 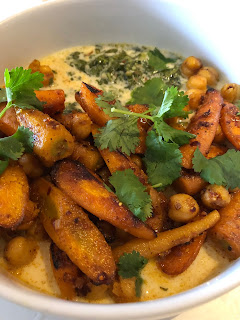 Afterwards, we walked four doors down and had outstanding ice cream at McConnell's.  I had scoops of Earl Grey with shortbread crumbles; churros; and passionfruit cream.  This is really good ice cream!!! 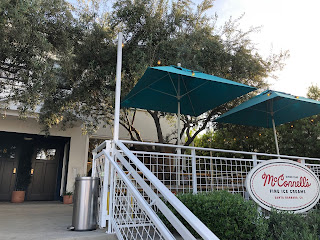 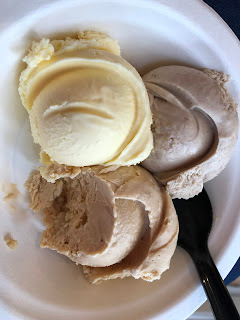