The state animal of Texas is the orange construction barrel.  Most of Austin's roads are under construction.  If you are trying to drive somewhere M-F allow 4 times what you think you need.  All Texas roads are poorly designed.  They use an absolute pasta pile of overpasses.  Overpasses are everywhere, but the long, long ramps are only one lane wide, so it doesn't help with traffic flow.  I think another part of the problem is the lack of zoning laws.  Business parks spring up without a plan for the needed highway infrastructure.  Most of the interstate roads have smaller one-way highways that run parallel.  Because they are one-way, you are forever having to make U-turns.  Most highways are designed with a special U-turn lane.

The other odd feature is that GPS doesn't work properly.  The voice will say "turn left onto I-183 north", but a left turn will actually put you on the highway south-bound.  This happened many times, on many roads.

Driving during bluebonnet season means that you have ample time to look at the flowers while you are waiting in traffic! 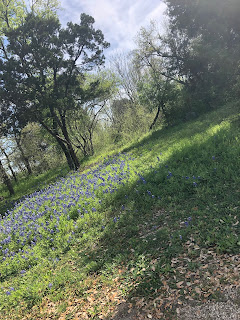 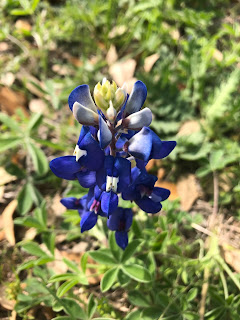