Vietnam Museum of Ethnology, Ha Noi and some food pics

The Vietnam Museum of Ethnology is a must-see.  It depicts the culture of the 56 distinct ethnic groups that make up Vietnam.  These groups differ in language, ethnicity and culture.  We especially enjoyed the outdoor portion which has replicas of different types of homes. 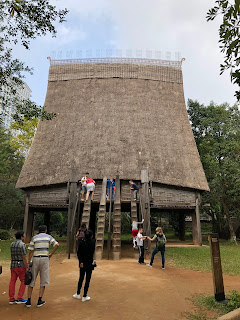 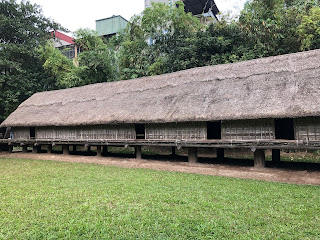 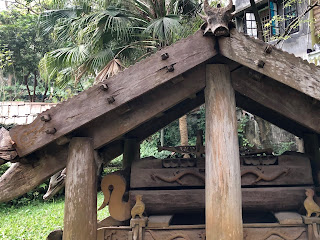 While in Vietnam, we ate a places for tourists, because some of us are picky eaters.  The food was generally fresh, abundant and flavorful.  We didn't try some of the more unusual dishes such as snail soup.  One disturbing feature was the abundance of small restaurants selling cat and dog meat in the outskirts of the city.  (Thit meo = cat meat) (Thit cho = dog meat).  Many of these signs included a picture of the animal, typically a black cat for cat meat restaurants and a husky for dog meat.  Chicken is an every day food. Beef, all forms of seafood and goat are also common.  Water buffalo meat is a special occasion meat, because it is more expensive than beef.


These stuffed crabs were served on our boat to Ha Long Bay: 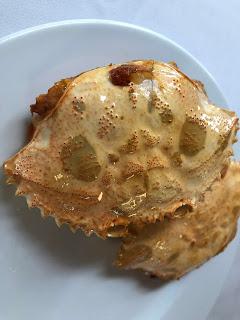 There is something called "weasel coffee" in Vietnam.  The most common coffee served is a bitter, harsh brew made from the robusta bean.  However, there are farmers who feed the coffee cherry to civets, collect the poop, dry and then roast the bean.  It makes for a smoother cup.  I bought this to bring home.  I haven't tried it and I also don't know if it is genuine, but it is a fine conversation starter. 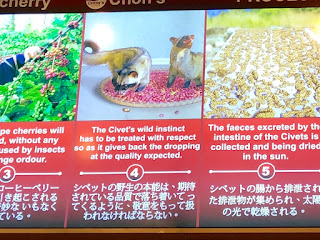 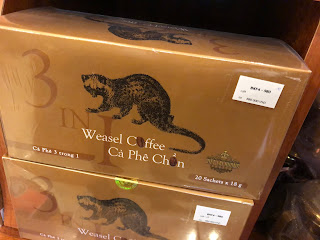 A Ha Noi specialty is "egg coffee".  Dairy isn't a big part of Southeast Asian cooking.  In this drink, the milk foam is replaced by a whip of egg whites and sugar.  It is essentially a meringue floated on a hot cup of strong coffee.  It was delicious: 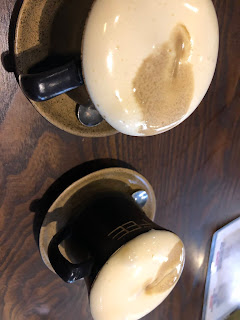