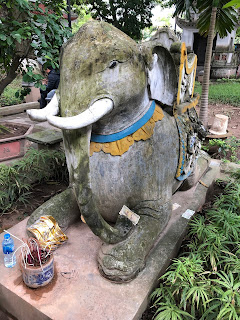 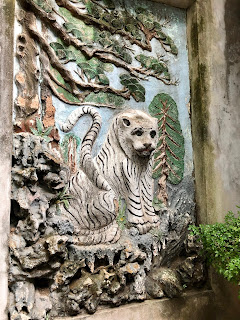 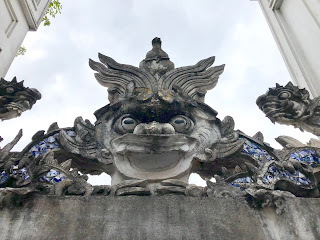 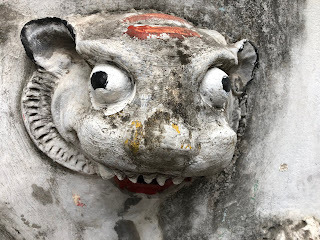 On our last day, we toured Hoa Lo Prison.  Although many Americans will know this prison by the name "Hanoi Hilton", where American POW's were imprisoned for years, the focus of the exhibits are its colonial history.  The prison was originally built by the French and it was used to detain Vietnamese rebels fighting for independence from France.  It was a somber place and I didn't want to take pictures.

We also stopped at the home of Ho Chi Minh.  This modest house on stilts was his residence and office while he was president of North Vietnam.  The Presidential Palace was originally built by the French as the General Governor's Palace.  There is a modest collection of cars used by President Ho Chi Minh.  The grounds are charming and include a fishpond surrounded by cypress trees.  Ho Chi Minh died before the country was unified in 1975.

We also stopped at an interesting temple, Quan Thanh.  This Taoist temple is built to honor the God of the North.  I particularly enjoyed the lively decorations.