A birthday party for the Emperor 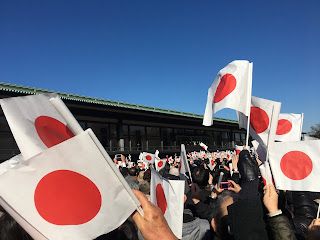 We were in Tokyo on Emperor Akihito’s birthday (December 23).  We joined the throngs of well-wishers to see the Emperor and listen to his brief speech.  The palace is on the grounds of a much older Edo period castle.  It is modest, for a palace, but the gardens are beautiful and there is an impressive moat and wall around the entire grounds.  It is located in the most modern part of Tokyo, so the contrast is striking.  We had fun waving our Japanese flags and standing with the crowds. 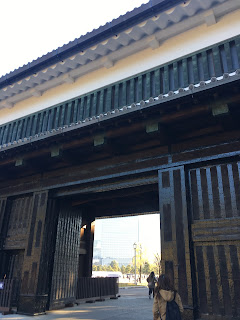 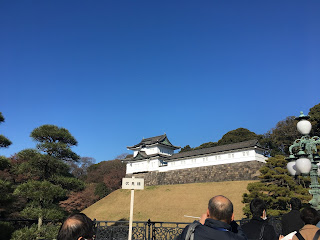